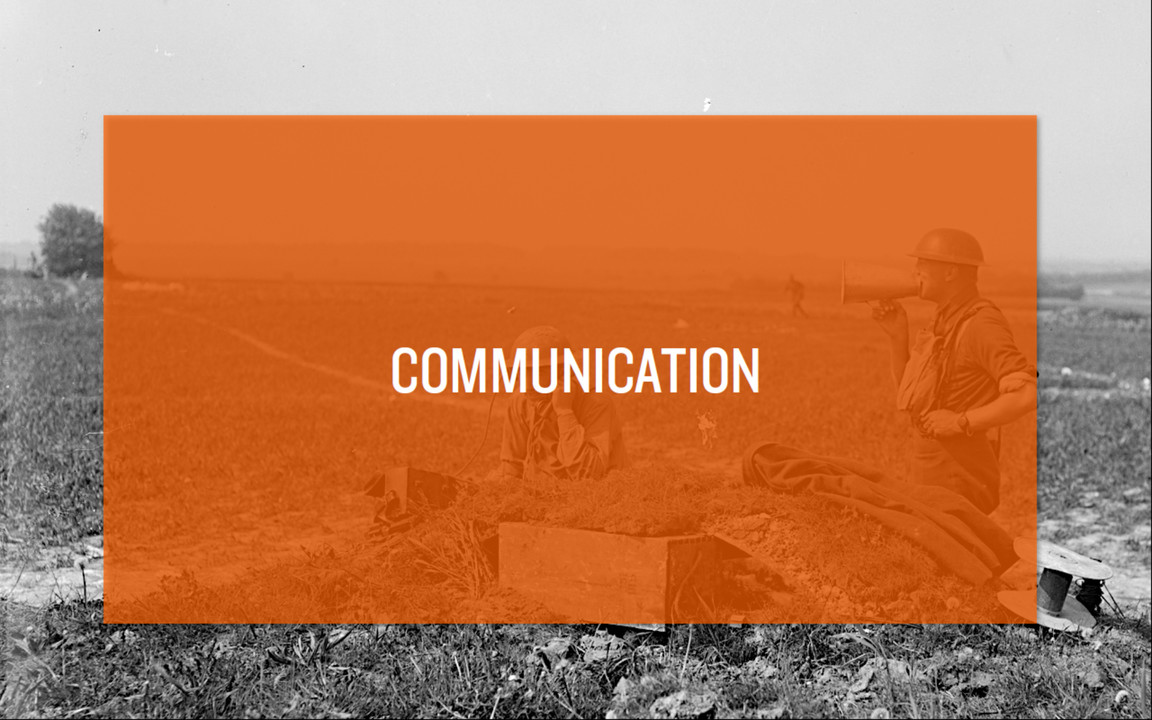 27 Oct 3 things you need in a startup

Posted at 20:05h in Uncategorized by R T

In late October 2017 I had the pleasure of talking to a group of students who were about to embark on MatchIT, a hackathon organised at the University of Warsaw. The project has since become the University’s internal incubator. ﻿This text has been slightly edited for publication.

Nothing succeeds like success. You’ve probably heard this saying. Let’s take it apart and see what is actually means to us right here, right now, as you get started with the hackathon. You have a chance to start cooperation at the confluence of science and the application of science. This is a hugely exciting thing, and not often done in this country, or the neighbouring countries. To do this you will need three things. What are they? A killer idea, some money and a strategy to conquer the world, right?

Not quite. It’s too early for strategy if you have no idea what you’re selling, and nobody in their right mind will give you any money until you have figured that out.

Right now you need trust, a willingness to communicate well and stickability, that magic dogged persistence. The good thing is, while whether or not your idea is any good, if anybody will give you any money to work on it, and if you can find a market to sell to are all full of external factors beyond your control, the three things that your really do need right now are entirely, and exclusively, up to you. You decide if you trust people. You decide if and how well you want to communicate, and you decide to stick at it until such time as you find an idea that makes sense enough for someone to fund it, so you can find that magic product / market fit.

The thing to realise quickly is that business is 90% psychology. You are working with people, manage or are managed by people, you are selling to people, and hoping to persuade people to your point of view. Therefore, knowing the general background to how their thinking might be influenced by the cultural conditioning of all those people is a very useful thing, so here is a shortcut.

You are probably not familiar with the work of the Dutch social psychologist Geert Hofstede and his son, Gert Hofstede, with one e. They have spent decades studying many nations and cultures to find and describe common characteristics. Not to generalise at the level of stereotypes but to see if there are ways in which people of different nations and cultures might share attitudes and ways of thinking. I encourage you to learn more about these, as they provide very useful clues to working with people from different cultures, including, and especially, your own. Today I’d just like to pick out a few of the characteristics which have direct bearing on how startups in this country, and beyond, might function better.

The Polish are highly individualistic, so our ability to cooperate in groups is severely hampered. This means, an effective team will have a person whose job will be to work towards overcoming this limitation. This may be the team leader, or someone else, and they will work hard to make the team function as a team, not just a group of people.

Another thing, on a scale called Uncertainty Avoidance, we score very highly. We hate change. We would rather know something will not work than take a chance that it might. In a startup, this means that in order to get maximum value from the team, its members will need to be comfortable with the idea that a startup by definition is an experiment, and thus you will all be learning by trial and error. This is a situation that is by definition uncertain, and searching for artificial certainty will not help. As has been said many times, a startup is not a small version of a large company. It is a lab to see if the mashup of your ideas makes sense in a business setting to then try and build a company around it. This means, thinking that uncertainty will be alleviated by business plans and projections before you actually know if anybody wants your product or service is not going to give you any certainty but is actually going to reduce your chances of succeeding.

So, firstly, trust. On the road to finding out whether your grand idea will be useful to more than three people, you will need to trust each other, more than anything else. Building up trust in a team is of course a process, and it is difficult to do in a hackathon setting so I would like to propose a challenge to all of you – you’re up for a challenge or you wouldn’t be here, right? Start your weekend from a point of giving each other a good line of credit when it comes to commitment and good karma. Be more trusting as a conscious choice. These things don’t happen by themselves, it is a choice to be made. You will get tired and pissed off and doubtful. This is normal. If you continue from a perspective of assuming that everybody else is doing their best and deserves your trust unless they prove otherwise, you will be able to get past those emotional roadblocks a lot more easily. In any business, but in a startup especially, lack of trust is expensive. It is expensive in terms of time because it slows you down. Team members who do not trust each do not think that everybody else has each-other’s interests at heart so they do not work cohesively as a group. And it is expensive in cash terms, if you have your lawyers write reams of pages of agreements trying to figure out every eventuality before the first line of code being written. Startups that fail rarely do so because they run out of money. They fail because they run out of trust.

A startup is, before anything else, a laboratory of human behaviour. If you start out assuming that people are there because they want to give it their best, they usually will do so. Naturally, if they abuse that trust and continue to disappoint, they have no place on the team.

Next, communication. In my experience, it is the single most crucial thing in a startup. Internal and external communication need to be as good as you can get them. If people on the outside don’t get what you are building, it’s not because they are stupid, it’s because you explained it wrong. And with no energy to waste, and little time to waste it in, your communication on the inside and the outside needs to be at Level Pro : crisp, precise and easily understood.

You pitch your points, and follow up with more content later. A startup founder’s mantra is “I pitch therefore I am.” You pitch to get partners and clients, you pitch to explain what you’re doing to the team, you pitch for investment – as the ancient Romans used to say, “Pitchito Ergo Sum!” Startups that fail do so not because they run out of money but because they don’t communicate well.

Finally, stickability. The temptation to give up will be there all the time. Everyone and their uncle will be telling you to go and get a real job. Until you have really tried, however, giving up means you are probably not giving yourself enough runway. Startups that fail don’t fail because they run out of money, but because they give up too early.

Luckily, the Polish have tons of stickability in the face of adversity. Stubborn persistence is one of our national traits – in that sense you are therefore already ahead of the game. So, go and build a team that trusts in its purpose, and communicates well. The third, stickability, you already have.

/Read this on LinkedIn here: