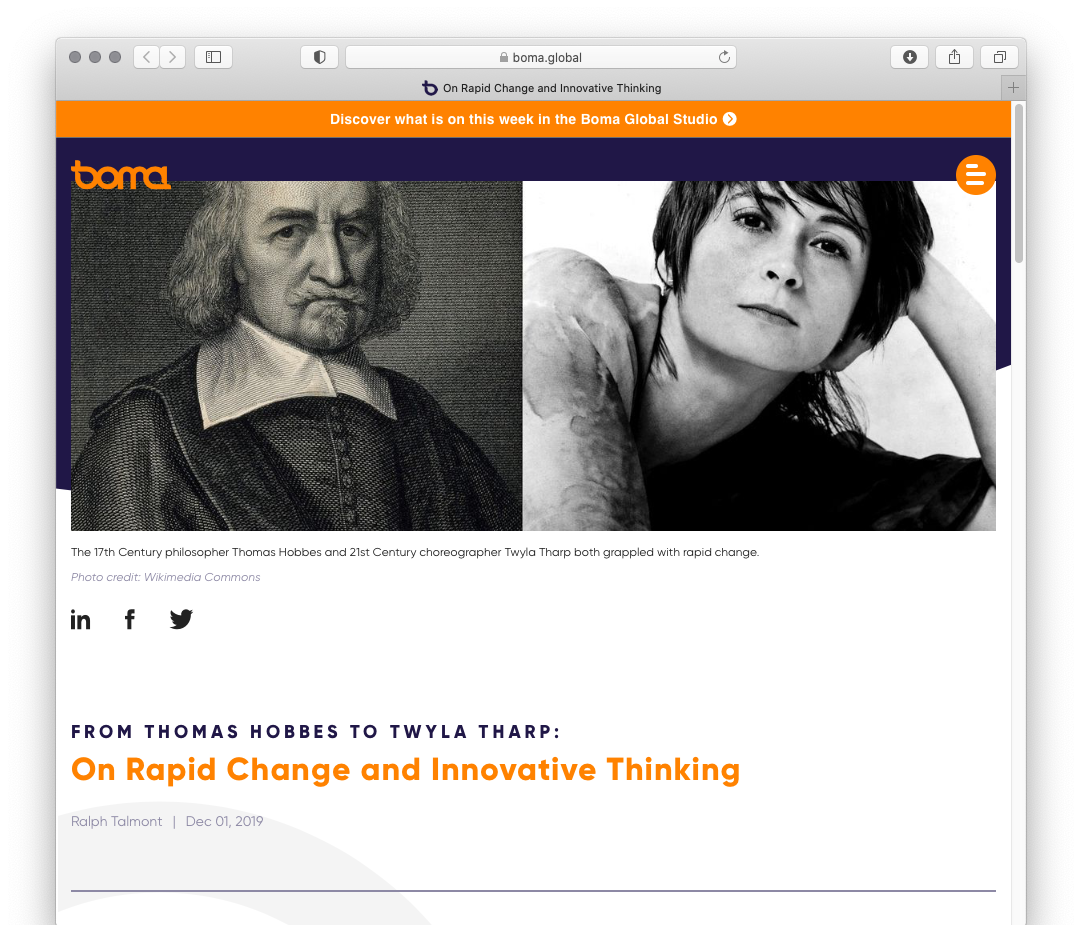 Posted at 19:02h in Uncategorized by R T

“The extraordinary speed and the unsettling complexity / ambiguity of the online business environment, profoundly affects not only leadership requirements but also other key managerial processes, including communication, decision making, and vision.”

Michael Brown and Dennis Gioia, in an article in The Leadership Quarterly “Making things click: Distributive leadership in an online division of an offline organization” contributed a sharply defined image of just how challenging it has become to lead a company in these times, saying that “two contextual features, the extraordinary speed and the unsettling complexity / ambiguity of the online business environment, profoundly affected not only leadership requirements but also other key managerial processes, including communication, decision making, and vision.” They wrote that in 2002. We are now at a point fifteen years later, when those processes have become more complex and more rapid. We are building our future reality at high speed. In 1965, pioneer of information technology and inventor of the word “automation” John Diebold said in an interview in the New York Times: “Today’s machines, even more than the devices of the Industrial Revolution, are creating a whole new environment for mankind and a whole new way of life.” What would he say today? Incidentally, the word “automaton” denoting self-powered devices or systems – “engines that move themselves by springs and wheels as doth a watch” – was coined by the English philosopher Thomas Hobbes some three hundred and fifty years earlier… People have been considering these things for a long time.

An innovation programme which organically grows out of the structure of the organisation is going to work far better than innovation that is an artificial patch slapped on from the outside. Innovation thinking cannot be deployed, it needs to be cultivated – and for this to happen, it needs to be fully embraced by the top brass. The leaders need to decide on a course that rests fully on the principles of innovation thinking, including general approval for the uncertain processes of trial and error. Once that happens, you will need that network of dynamic, creative people who will serve as Ambassadors of Innovation, working to build such an innovation programme right into the bones of the company.

The mistake made by many innovation consultants and their clients is to treat innovation as a sort of add-on feature. This rarely works because a company, even at its etymological level, is a group of people and in order for innovation thinking to take root, introduction and fostering of it need to follow human behaviour patterns to the deepest levels. Choreographer Twyla Tharp, in her book The Collaborative Habit, talking about how she works with dance companies as teams of individuals, describes this very point beautifully: “Outside of the dance world, this individual attention is not understood – or noticed. You see a company of dancers performing in sync. What you don’t see is that the choreographer doesn’t train a company, but rather twenty-five individuals. Out of many collaborations comes one.”

Enlightened leaders realise that their people need permission and inspiration to access their creative resources. They also realise that those resources are their best – sometimes only – weapon in the struggle against companies and teams which are more aggressive in adopting innovative practices, have faster decision making processes and embrace creative thinking as a fundamental strategic value. Companies are therefore hungry for intellectual stimulus and their leaders are searching for new ways to provide it. This against a background of time pressures and shareholders demanding ever increasing dividends. All the while, there is continuing disagreement over the practical differences between innovation and creativity. Let’s not get into that scrap, since you cannot have the former without the latter and it is the mechanisms and outcomes of both that concern us here. It is interesting to consider this briefly, however, in the context of language and its power. I have a sneaking suspicion that the discussion over definitions and relative merits of both frequently ensues, without either creativity or innovation taking place. As is often the case, we will argue over semantics without getting on with the stuff that is a lot more difficult: actually doing it. Language has a hold over logic, is incredibly important, yet in so many business circumstances we take it absolutely for granted. Other than legal documents, and even those can suffer from imprecision and sloppiness, we often are careless or at least not careful with the language we use.